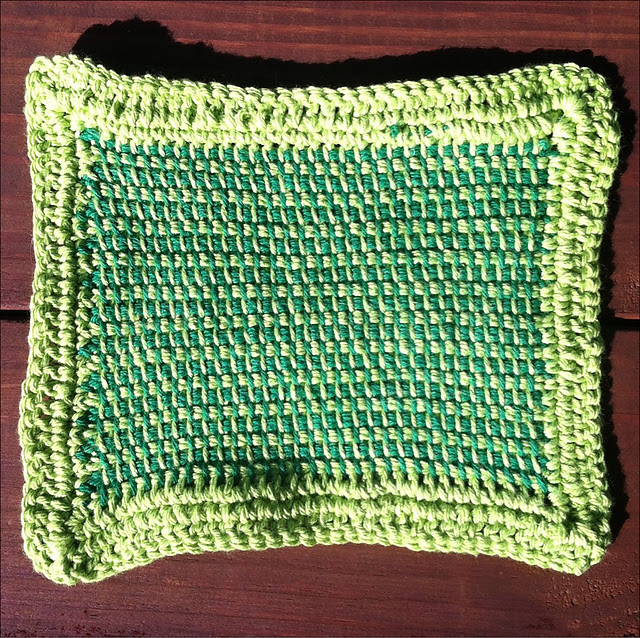 This is a simple tunisian crochet dishcloth using 2 different colors of green cotton yarn.  Then I crochet a border around it. 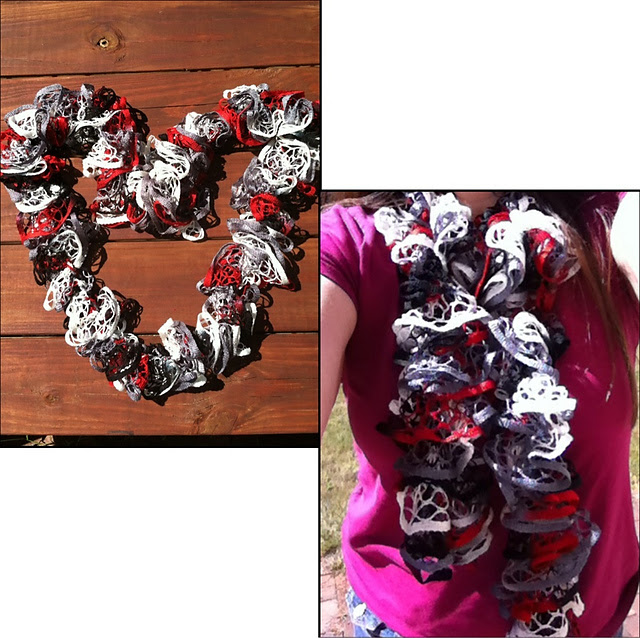 Using Red Heart Boutique Sashay, I made this scarf for my aunt last week. 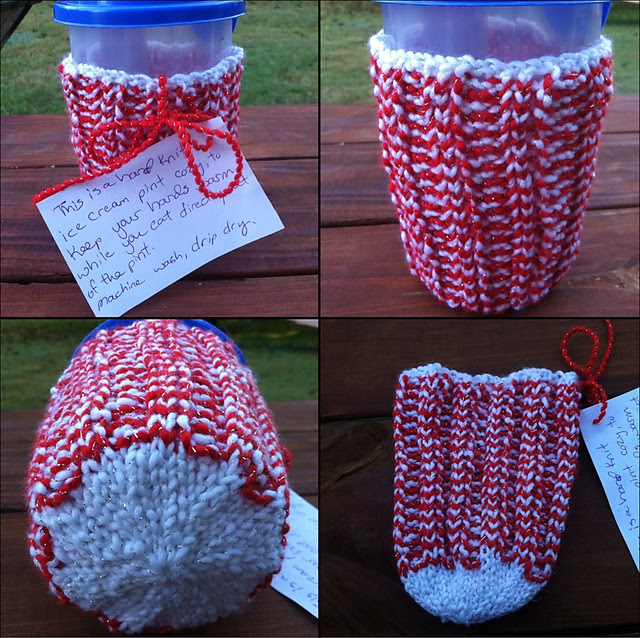 I made another ice cream pint cozy last week for my son's school.  It went into an ice cream raffle basket.
Posted by Kristy at 8:01 PM No comments: 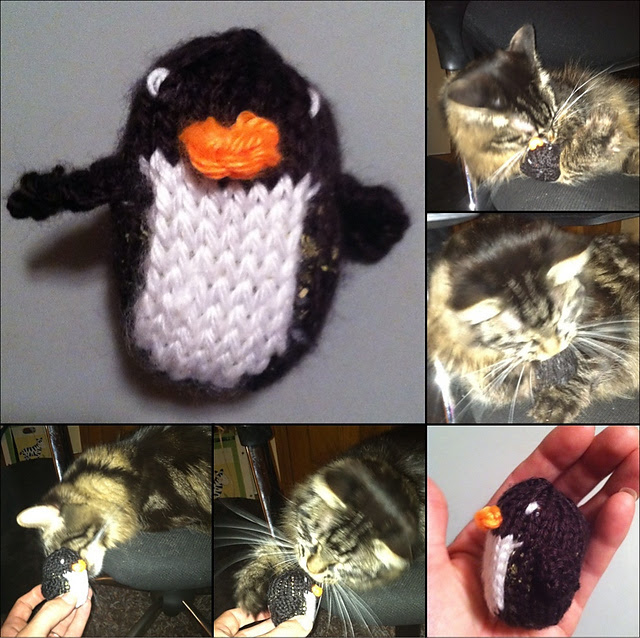 The other day I made this catnip and stuffing filled penguin for my kitties.  It was a big hit.  Here is the free pattern for it. 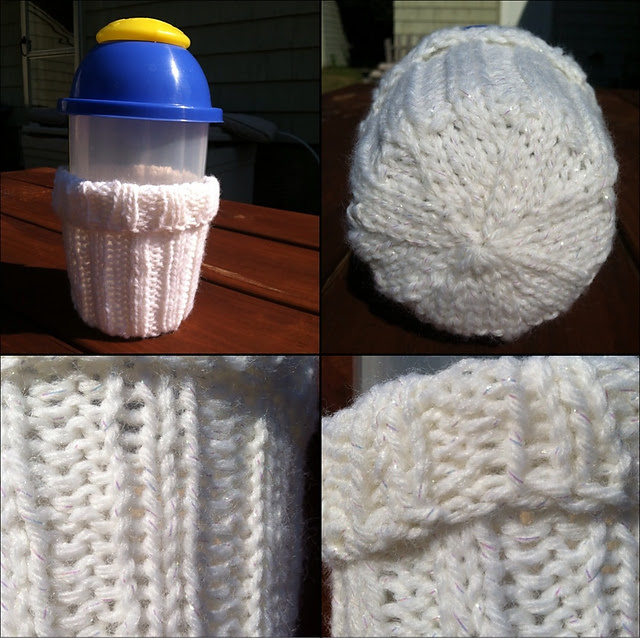 My youngest son's school is going to have an open house this month where they will have raffle baskets to help raise money.  My son's class was asked to put together an ice cream basket.  So I made this ice cream pint cozy, for keeping your hands warm when eating right out of the pint of ice cream.  I used white sparkly yarn for it.   Here is the free ravelry downloadable pattern.
Posted by Kristy at 10:35 PM No comments: 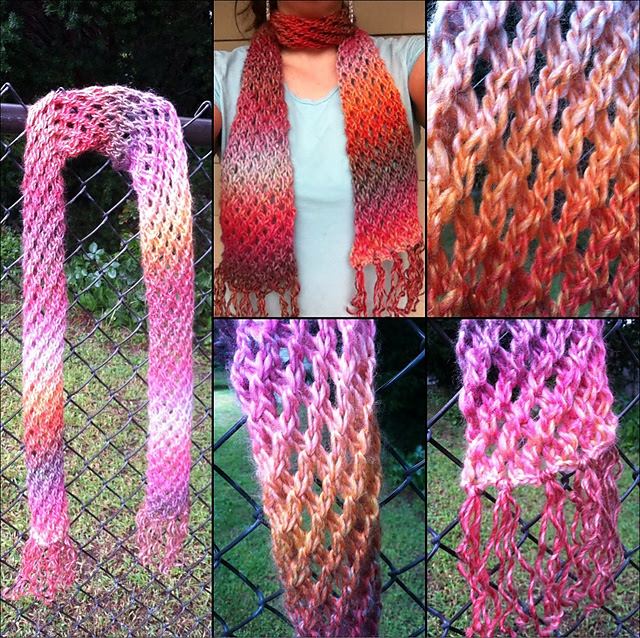 The other day I finished knitting my Mary Poppins scarf, and I added the fringe to it today.  I used Red Heart Boutique Treasure yarn in the "abstract" colorway, and I used size 13 needles.  Here is the free pattern for it, which is a 4 row repeat.  I really love the color changes in the scarf, which is shown best in the photo of me wearing it.  The sun seems to have washed out the color in the other photos. 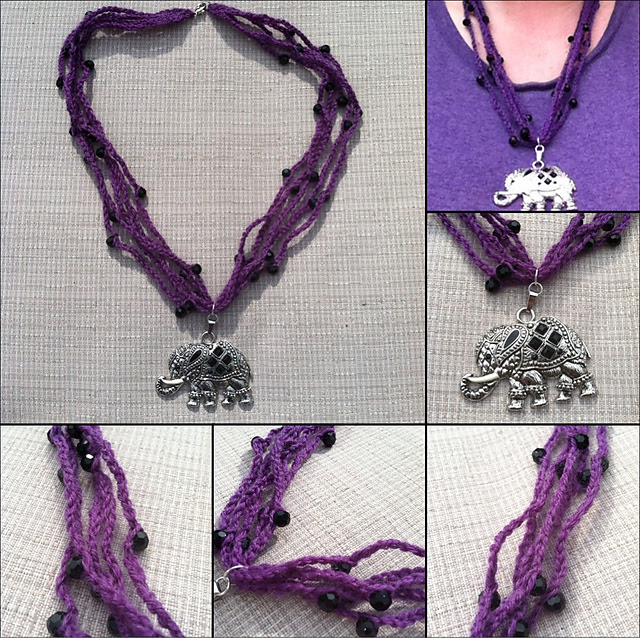 One of this month's challenges (in a ravelry group) is to make something using shiny black beads.  So I made this fairly simple crochet necklace with black beads.  I attached an elephant pendant to the bottom of it.  For the necklace I used sock yarn, a size C crochet hook, and strung a bunch of black beads on the yarn.  I made a little crochet triangle at one end, then as I made chain stitches.  I would occasionally pull up a bead to be locked in a chain stitch.  Except for at the ends, I spaced the beads 15 chains apart. At the ends I would vary how many chain stitches I made before there was a bead so that the beads wouldn't be in the exact same place as the last chained line.  There are 5 chained lines.  On the other end I began to make a small triangle which grew with each chain line that reached it, until in the end it was the size of the one on the other side.  I added a claw clasp to it, found the center, and then added the elephant.
Posted by Kristy at 6:53 PM No comments: 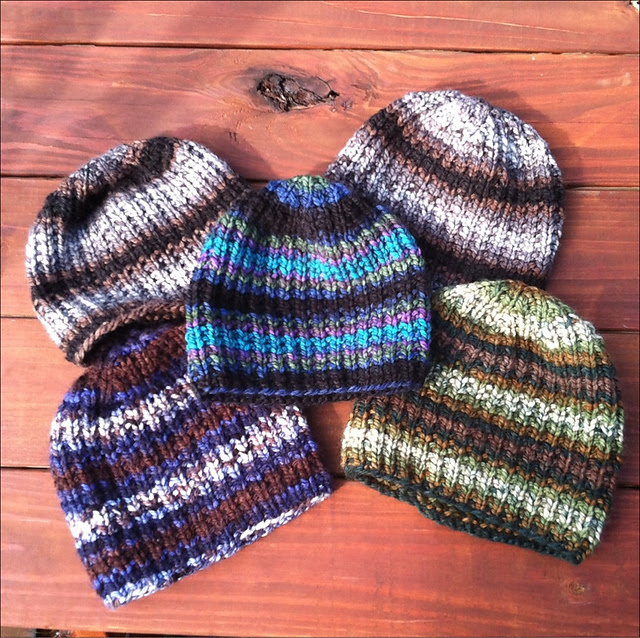 I finished making 2 more hats for a total of 5 hats for a cancer hat drive.  They will be going to a hospital in Maine.  I was told that they were usually low on hats for men, so I used the Man Hat pattern by Haven Leavitt to make them.  I used Loops & Threads Charisma yarn for all of the hats.  It is a very soft and warm yarn.  The bonus was that I was able to buy it on sale.  Then I went back to the craft store and bought several more skeins of it, still on sale, to make Christmas presents (more hats).  I found that 6" for the base of the pattern is better than 7".  Seven inches was a little to long, and only good if the person has a lot of hair or likes a bigger on top hat.  I also used size 10 needles to make them.  The nice thing about this pattern is that it fits my 6 year old, my husband, and myself.  So different sized heads can wear the same hat.    I love the different colorways and self striping of this yarn.  Below are the 2 hats that I made this week.  It can take as little as a day to make 1 hat. 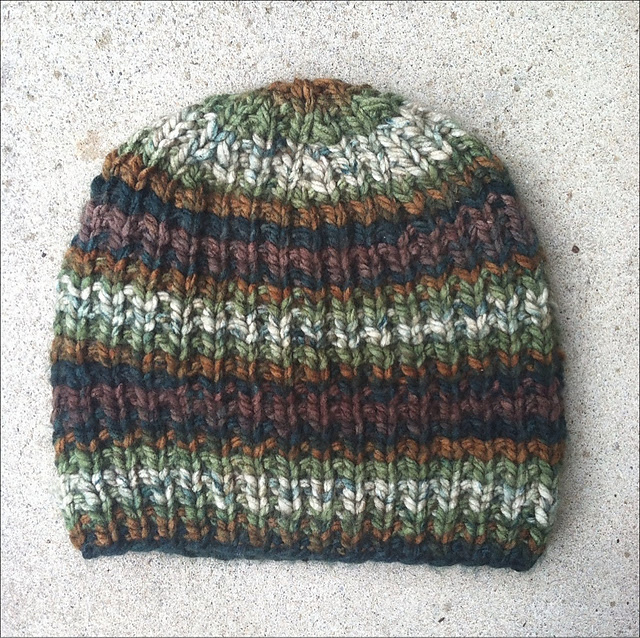 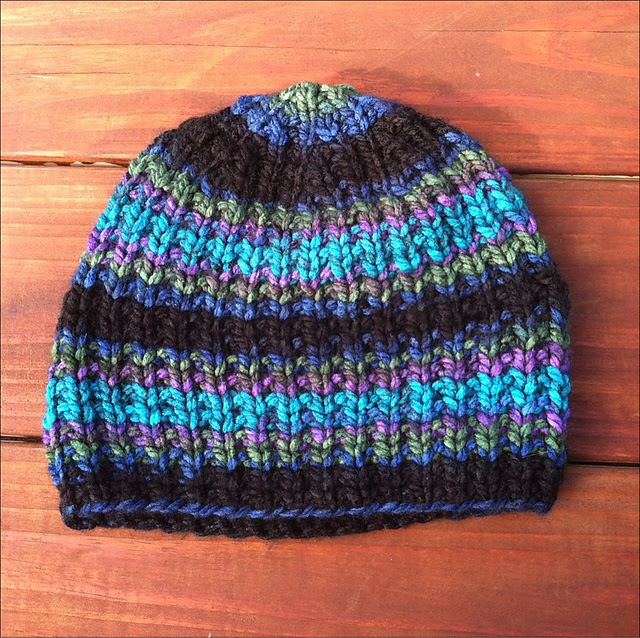 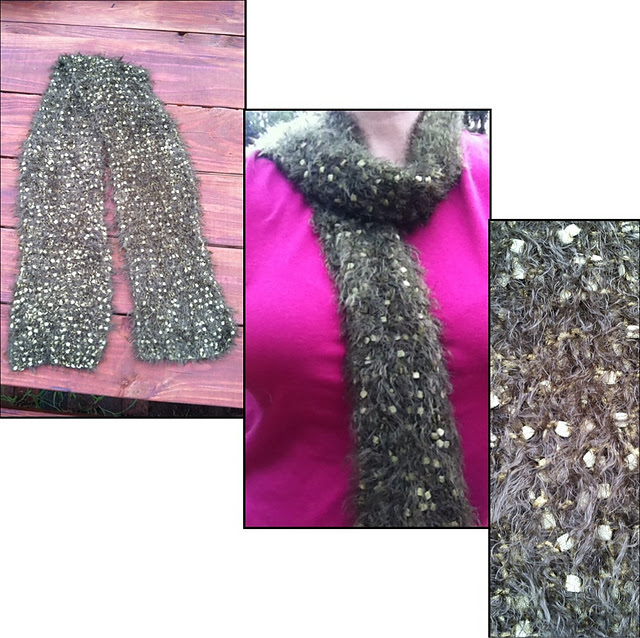 Yesterday I finished this ufo (unfinished object) from 2006.  I had put it away when we moved to Massachusetts, and I didn't touch it until yesterday.  Why yesterday?  I needed size 13 needles for a pattern I want to make.  I only have 1 pair of size 13 knitting needles, and one of them had this scarf attached to it.  So I finished knitting the scarf, and immediately cast on a new project.  The scarf is very soft.  I think that the reason it was unfinished was not only we had moved, but I was on the lookout for another skein of this yarn.  I never found another skein of it.  I was really into making very long scarves when I was a new knitter, but this one is a good length.  It's just nice to have 1 less thing in my ufo bin.
Posted by Kristy at 11:20 AM No comments: 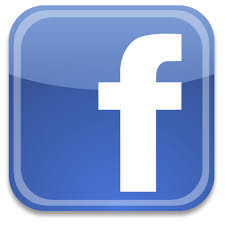 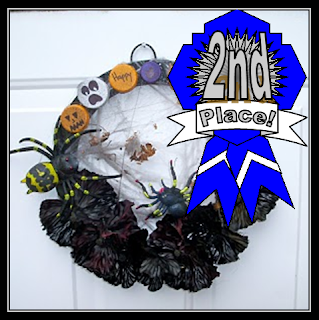 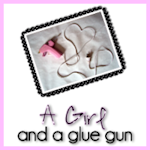 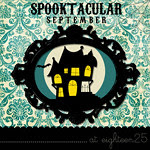 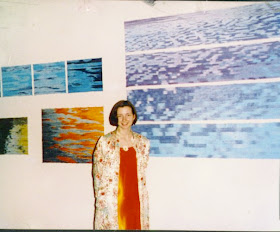